March 11, 2018 knowledge Comments Off on United Kingdom exit from the European Union-BREXIT 2,167 Views 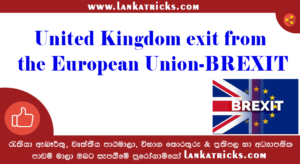 What is the European Union?

This is a politico-economic union. It has 28 member states that are located primarily in Europe. It has an area of 4,324,782 km and an estimated population of European Union are 508 millions of people. The European Union has developed an internal single market through a standardized system of laws that apply in all member states. European Union policies aim to ensure the free movement of people, goods, services, and capital within the internal market, enact legislation in justice and home affairs, and maintain common policies on trade, agriculture, fisheries, and regional development.

BREXIT is an abbreviation of BRITISH EXIT, which refers to the June 23, 2016 referendum by British voters to exit the European Union. The referendum roiled global markets, including currencies, causing the British pound to fall to its lowest level in decades. Prime Minister David Cameron, who supported the British remaining in the European Union announced he would step down in October.

How is affected BREXIT for the economy United Kingdom?

There will have to face positive and negative results to the United Kingdom as a result of the BREXIT. As a result of this decision of the United Kingdom, The currency unit of the European Union (Great British Pound -GBP) reduce lost approximately 10% of its value against United States Dollar (USD) on the first trading day while it lost nearly 8% Japanese Yen. Main stock indices in the United Kingdom also reacted in a similar manner falling by almost 10%. Economists warned the UK might fall into a recession.

After that the Bank of England indicated that they are ready to cut its main interest rate from its present level, of 0.5% and may even consider revising its quantitative-easing program such as buying bonds with created money to support ailing economy.

Also though the United Kingdom economy generates only 3.9 % of world output, the repercussion of the BREXIT are far reaching. This decision has argued reason that the European Union had a democratic deficit and that being a member undermined national sovereignty, while those who favored membership argued that in a world with many supranational organizations any loss of sovereignty was compensated by the benefits of European Union membership.

How BREXIT affected to the Sri Lanka?

– Sri Lanka is looking to revive the GSP plus concessionary access to European Union region. No longer will Sri Lanka be able to claim benefits from the United Kingdom in the event of successful renegotiation of the GSP Plus.

– Lower income and the decline in the currency such as Sri Lanka can cause imported goods and foreign travels more expensive for locals.

– Direct impact of the BREXIT on Sri Lankan economy will be negative since both the United Kingdom and the European Union are large trading partners of the nation.

How BREXIT affected to International market?

United Kingdom is a member of the European Union today, and In the future. Your products can still be shipped to Düsseldorf without any hint of a tariff. Your employees can work legally whether their passport is from Sweden or Spain.

Effects of BREXIT will flow almost entirely through financial markets. Markets may be flawed, but they really do amount to a real-time verdict by millions of people with vast sums of money at stake on what something will be worth over the indefinite future. Economic shifts happen slowly; financial shifts happen overnight.

BREXIT is only likely to have a limited impact on productivity of the United Kingdom. The major potential for improvements comes from increased business investment, which shows little connection with these political developments. Estimates that axing European Union regulations would save Britain a lot of money exaggerate the true picture, as the United Kingdom would still choose to implement a lot of them. It would also need to implement the Union’s regulations to continue to export easily to the single market. Reduced regulation might give a small increment to productivity but may not be a huge increment. 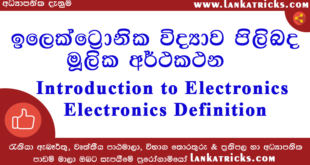