It is not easy to become an actuary, but if you do become one, you are on your way to a very rewarding career that uses math all the time. An actuary is someone who is employed in the insurance industry. Others work in actuarial consulting firms.A very low number of actuaries work for government agencies, and computer software developers. People in this profession manage risk. Every person and organization faces risk. As experts in measuring and managing risk, actuaries fill and play a significant need in our society. 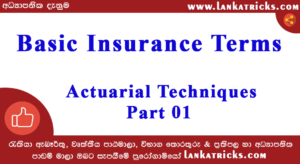 This is the beginning lesson of teaching basic thing of actuarial science. Here, we talk about actuarial science related to the insurance industry.This lesson provides a brief definition of terms that are fundamental to understanding insurance rate-making and Basic Insurance Terms.

An exposure is the basic unit of risk that underlies the insurance premium. The exposure measure used for rate-making purposes varies considerably by line of business. For example, one house insured for one year represents one exposure for homeowners insurance. Annual payroll in thousands of Rupees represents the typical exposure unit for Sri Lankan workers compensation insurance. There are four different ways that insurers measure exposures: written, earned, unearned, and in-force exposures.

Premium is the amount the insured pays for insurance coverage. The term can also be used to describe the aggregate amount a group of insured pays over a period of time. Like exposures, there are written, earned, unearned, and in-force premium definitions.

The date of the event that caused the loss is called the date of loss or accident date (also sometimes called occurrence date). For most lines of business and perils, the accident is a sudden event. For some lines and perils, the loss may be the result of continuous or repeated exposure to substantially the same general hazard conditions; in such cases, the accident date is often the date when the damage, or loss, is apparent. Until the claimant reports the claim to the insurer (i.e., the report date) the insurer is unaware of the claim. Claims not currently known by the insurer are referred to as unreported claims of incurred but not reported (IBNR) claims. After the report date, the claim is known to the company and is classified as a reported claim. Until the claim is settled, the reported claim is considered an open claim. Once the claim is settled, it is categorized as a closed claim. In some instances, further activity may occur after the claim is closed, and the claim may be re-opened.

The terms associated with losses are paid loss, case reserve, reported or case incurred loss, IBNR/IBNER reserve, and ultimate loss. Paid losses, as the name suggests, are those amounts that have been paid to claimants. When a claim is reported and payment is expected to be made in the future, the insurer establishes a case reserve, which is an estimate of the amount of money required to ultimately settle that claim. The case reserve excludes any payments already made. The amount of the case reserve is monitored and adjusted as payments are made and additional information is obtained about the damages.Reported loss or case incurred loss is the sum of the paid losses and the current case reserve for that claim:

This is not the end of actuarial lesson. you can see more of  Basic Insurance Terms in next post. 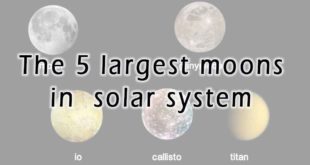